Having an issue on my Ricoh C5100 and C5200 presses with banding on the trailing half of the sheet (see photo!). I've been running these presses for about 4 years now, and never had an issue this bad. With any pastel shades, I get this banding, sometimes one, sometimes two on the end of the sheet. I've called my engineer who says it's jitter due to using 300gsm and 350gsm board and is a problem with all digital presses from all manufacturers. I get if I was pushing above spec, but this machine is rated to 360gsm, so I would expect 300/350gsm to be fine. I'm sure this is a new problem, as I've not noticed it over the past four years, but my engineer says it's a common problem and would have always been there. Anyone else have this issue on boards on Ricoh or any toner press? 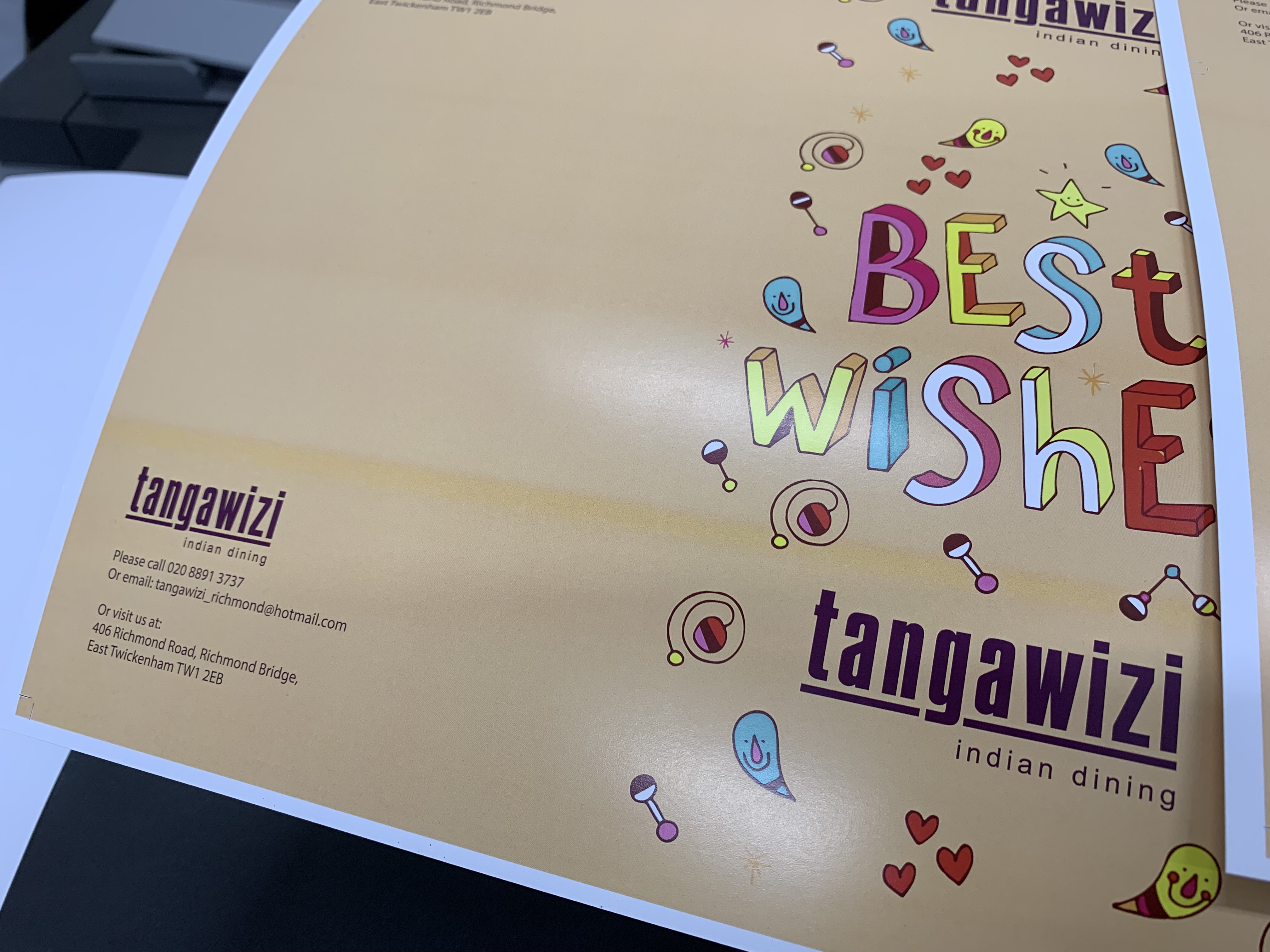 It looks like the belt in the fusing unit made this mistake.

If I remember correctly, this problem could be fixed by adjusting the belt height in the engineer menu.

What do you get if you print each color separately on that file? You can pick which colors you want to print on the image tab of job properties. I would expect to see the defect on all colors.

If it's not on just one color you could try adjusting fusing speed or transfer speed.
R

We had this issue on our Xerox Versant 80. Same story, was fine until about 4 years in. It's called impulse banding and is to do with the juddering caused when the front edge of the sheet hits the fuser and the back is still being transferred. I assume it must be a common problem on the smaller machines.

We never really got to the bottom of why it suddenly started happening when it had been fine for the first 4 years, however, we figured out it was only black that was causing it, so if you took all the black out of a job, it would be fine. Not really useful in the real world as most jobs have black in them but there was some for us where we could alter the colour mix of a solid to mask the problem.
W

I am not a professional technician or engineer by any means. But this picture looks like an issue I had on one of our own C5200s. Look into setting 0210 Smooth Fusing Belt under Machine Image Quality on your unit.

Our service tech recommends that as an operator go to every now and then when moving between heavy stocks or long runs of different sizes - we do a lot of 11x17 and tend to see the banding when moving back to 12x18. Obviously you don't want to have to run this constantly or try multiple times. About every 150k clicks or so of heavy color and shifting sizes/stock we might see it come back and run the cycle but it only takes one time.
You must log in or register to reply here.