Charles Geschke, the co-founder of Adobe who helped develop the Portable Document Format, has died at the age of 81. Click on the link below for the full story.

Staff member
Thanks for letting us know Gordo. He was one of the Industry Giants! And, look what PDF has given us all.

A more detailed look at Geschke's contribution by Frank Romano: 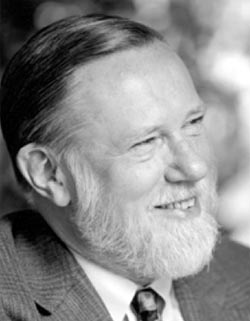 Actually, to be a bit more concise, John Warnock was really the “inventor” of PDF, what was originally called The Camelot Project at Adobe (I've attached John Warnock's original document outlining the concepts). That having been said, if it wasn't for Chuck's unyielding encouragement and support (despite many naysayers both externally and even within Adobe), PDF and Acrobat would never have been.

As someone who was honored to work at Adobe while Chuck was actively managing the company with John, I can attest to how remarkable both Chuck and John were in both technical excellence and ethically managing a company and supporting their teams in an industry that is more often noted for flamboyant company founders and executives who are more into themselves than anything else.

You must log in or register to reply here.

Why Would Anyone Want to go to a Print Shop?

I Want to Invest in Inkjet, but…