and only a Retro-fitted Dampening System.

Someone please explain the first line of this press description where it says Komorimatic
Just so I can be educated, many thanks

Asked pressmen for clarification because the "speed" being 12% slower did not make sense to me (and still doesn't). Was told it was set that way to remove hickeys, however, it was discovered that the water form roller stripe was too fat measuring at 8mm, which caused (in retrospect) the pressmen to increase water. That caused the emulsification of the ink (splody dots). They reset the stripes to 6mm, pulled back on the water and now all is good.

For the record, when this issue originally became a problem, I was assured everything mechanical was set correctly. Because of that, much of our efforts were with chemistry, basically. Was the paper too alkaline? Our water was good with conductivity, but we hadn't a tool for measuring the water's pH (pH can go up with excessive calcium, or so I've read). So was the pH the issue? Too much calcium in the ink? So we were barking up the wrong tree.

Trouble shooting never works well when only one side of the production wall is looking into possibilities. I should have known better and insisted on double/triple checking settings. And I'm sure THAT would have gone over really well (sarc)!

Thanks to everyone who offered advice and direction. You were all very helpful and I learned a great deal.

curiosity said:
For the record, when this issue originally became a problem, I was assured everything mechanical was set correctly.
Click to expand...

That right there is the most important lesson.
”In God we trust. All others must bring data.” - W. Edwards Deming
C

hmmmm....a prescient afterthought for the times.
You must log in or register to reply here. 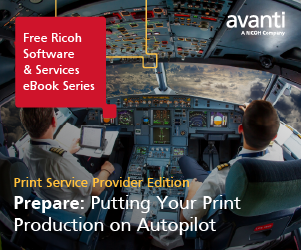