riddjim said:
Good morning. I wanted to let you know my thoughts on Pressero, overall, as well as it's integration with PressWise, specifically.

I work for a commercial printer and promotional products company. For the print products, Pressero really excels. Our company has been using W2P for a very long time, now. We have been through multiple different products, during out journey.

We began with MyOrderDesk, which was a terrific product to get started with. It had some glaring issues, which I'm certain have been corrected over the years, but it was a great start.

Next, we moved onto HP's SmartStream product. It was in it's infancy, at the time, but we chose it because we are a HP Indigo shop, and their software tied neatly into our workflow. By using their InDesign plug-in, we were able to do pretty much anything we could do in InDesign, including the imposition through their plug-in. We dropped it after just a year because their were a ton of bugs. Although HP was able to address some of the bugs, many went unfixed for months at a time, and new bugs kept being introduced. It just wasn't sustainable to continue using their product.

We then moved on to Online Print Solutions. OPS was actually a pretty solid product. It lacked any sort of plug-in for InDesign, which was a downer. All templates had to be created in Adobe Acrobat. Then you had to create the logic for all of the fields in their web app. It had the ability to do PURLs, as well. Although we did have some customers take advantage of that feature, it was few and far in between. Ultimately, we were looking for a product that would integrate with our internal system, as well as one of our largest customer's system, and couldn't get it done with OPS.

About 4 years ago, we moved to Aleyant's Pressero product. We were impressed by it's modern web interface, including mobile support, it's inclusion of a plug-in for Adobe InDesign, it's solid integration options, and their terrific documentation. Getting setup was a bear, but no different than any other W2P product offering, to be honest. We use SmartSoft's PressWise product to handle our internal production, and as Michael Jahn spoke of above, the integration is very solid. The only thing that I would really like to see is full, two-way communication between their products. Pressero does a fine job of passing the orders into PressWise, but there is no automated status updates or shipping updates. You must manually ask for updates within Pressero.

Where Pressero really lacks is with apparel products and shared inventory. Pressero maintains inventory per site or store. If your shop wanted to sell apparel, and you are trying to maintain your inventory in Pressero, you are out of luck. There is no master inventory that multiple stores can pull from.

The template system is powered by another of their products, eDocBuilder. It is actually very polished, and pleasant to work with. There are two types of templates available, forms, and interactive designer. Most of our templates are forms, where the customer has little control over the template other than entering information and uploading images. Interactive designer allows much greater freedom to the end-user. You can literally give them a blank canvas to fully create their own document, or lock down as much as you like.

Their support system is top-notch. You can either create a ticket, or use their chat system for more urgent cases. Bugs happen to all software...it's unavoidable. Pressero does a fine job of addressing bugs in a timely manner. With the exception of one case, Pressero typically addresses bugs within the next cycle. Of course, they have recently switched to rolling updates, which means the bugs get fixed even faster now.
Click to expand...

Excellent insight, thank you. Really appreciated you describing what products you transitioned away from and why. Happy to hear bugs are addressed fairly quickly!
R

OffsetStorefront said:
Excellent insight, thank you. Really appreciated you describing what products you transitioned away from and why. Happy to hear bugs are addressed fairly quickly!
Click to expand...

One last thing I did want to mention is the ability to inject your own JavaScript/HTML/CSS. It comes in extremely handy in edge cases where a customer desires a specific function that Pressero does not offer, out of the box. That said, it is important to note that, for obvious reasons, Aleyant will not support your custom code. That is completely understandable.

I'll give you a specific example. A customer was launching a site for their customers to be able to order 1 item from the list of available items and use a promo code to "pay" for it. Although you can set minimum and maximum quantities, they are per line item...not per order. I wrote custom JavaScript to hide the "Proceed to Checkout" button on the shopping cart page, and iterate over all of the line items in the cart. If there was more than one line item, I displayed a message indicating that they could only choose a single item. I used the product's built-in controls to enforce only ordering 1 item, but the custom code was to prevent more than one line item from being able to be checked out.
O 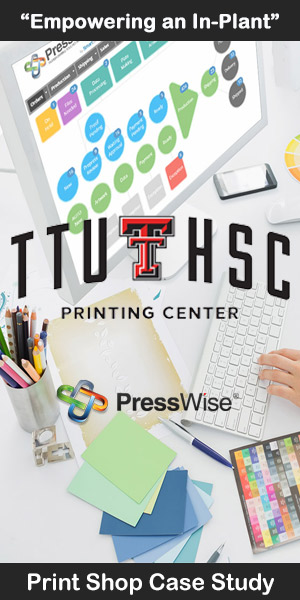